Back to Blog
EDUCATION
Decoding Fluoride

Fluoride has been used in dental care since the 1950s. But what is it?

What Is Fluoride Exactly?

The term Fluoride is a generic term for the chemical compound containing the element fluorine along with other elements. Fluoride can be produced synthetically for use in drinking water, toothpaste, mouthwashes, and chemical products. In its pure form, fluorine is known to be the most reactive of all the elements because it is extremely corrosive and can be poisonous in large amounts; for this reason, fluorine exists in nature only in combination with at least one other element. So, when you read the label on your generic toothpaste, you will see sodium fluoride rather than fluoride.

Fluoride is often added to municipal water supplies in hopes of reducing cavities in the general population. Many believe that fluoride added to the general water supply benefits people who cannot afford regular dental checks, although there is little evidence to suggest that this application of fluoride has many benefits at all.

It is true that fluoride reduces cavities when applied topically to teeth. However, there is no evidence to support that dietary consumption of fluoride, such as in drinking from a fluoridated water supply, reduces the incidence or severity of cavities. On the other hand, consumed fluoride can accumulate in bones and other critical areas such as the pineal gland, which is a very important part of the endocrine system. Fluoride side effects such as accumulation in bones can impose serious health risks such as disrupting the natural and necessary process of remodeling– this is when old bone cells are continually shed and replaced with new cells. If enough fluoride accumulates, the result is dense, the brittle bone that is less resilient to stress and more prone to fracture, otherwise known as skeletal fluorosis.

Prevalence of Dental Decay in Children

The main objective of the fluoridation program has been to lower dental decay rates while limiting the occurrence of dental fluorosis, which presents itself as the discoloration and damage of enamel caused by too much fluoride. A national review in Britain estimated that up to 48% of children in fluoridated areas worldwide have mild to severe forms of fluorosis, with approximately 13% affected by accompanying aesthetic concerns. Data from the Centers for Disease Control and Prevention reveals that 1of 3 children in the U.S., between the ages of 6 and 11, and 2 out of 5 children, between the ages of 12 to 15, possess some degree of dental fluorosis. In milder cases, white spots or streaks may appear on the enamel but in severe cases, brown spots discolor the enamel, and the teeth will become increasingly brittle or pitted.

If It’s Okay for Me, It Must Be Okay for My Child?

Unlike adults, children are also apt to swallow toothpaste which can lead to diarrhea and upset stomach. Dermatologists have also discovered a link between fluoride and a rash around the mouth, called perioral dermatitis. Since your baby or young toddler might already be drinking fluoridated water depending on where you live, many dentists believe that you should proceed with caution when choosing a fluoride toothpaste to brush your teeth. It is especially important to monitor your young ones to ensure that they aren’t applying too much fluoride toothpaste on their toothbrush. This may seem like common sense, but many generic kinds of toothpaste are created with flavors that appeal to children. While bubblegum and fruity flavors aid in encouraging your child to brush their teeth, your child may be tempted to swallow instead of spitting in the sink.

Is there an alternative to fluoride?

Hydroxyapatite is 97% of your enamel and 60% of your bones. In 1970, NASA first invented this in oral care when the astronauts were coming back from space and their teeth needed remineralization. After this, Japan decided to put this ingredient in half the toothpaste in their market. Studies show it can work just as well if not better at remineralizing the teeth than fluoride. The best part is that it has no safety issues. The Environmental Working Group has evaluated its safety and has rated it a 1. It is not suspected to be an environmental toxin, not suspected to be potentially toxic or harmful and not suspected to be bioaccumulation. It is a mineral that is functional and safe for your entire body.

According to the American Academy of Pediatric Dentistry, children should attend their first dentist appointment by the age of 1 or within 6 months after the first tooth erupts. At this time, you can consult more about toothpaste most appropriate for your baby or child’s teeth. You can also check out various RiseWell products that are all fluoride-free, such as the Natural Kids Toothpaste, which tastes like cake batter but is safe to eat. RiseWell Mineral toothpaste is packed with a signature ingredient, Hydroxyapatite, which we mentioned above. It is a naturally-occurring mineral that aids in remineralizing your teeth without harm if accidentally ingested. If you would like to swap out your own fluoride toothpaste, feel free to browse the adult-friendly mint-flavored Natural Hydroxyapatite Toothpaste and the Alkalizing Mouthwash, which are also fluoride-free, paraben-free, vegan & cruelty-free.

Dr. John Kim, PharmD is the owner and head clinical pharmacist of Robinson Drug & Compounding Center in Mendham, NJ. He received his Doctorate of Pharmacy with High Honors from Ernest Mario School of Pharmacy at Rutgers University. He has received some of the highest accreditations and certifications in pharmacy and is seen as a leader in his field. Dr. Kim is also a specialist in holistic health and preventative medicine. He uses his platform to promote his message that “The Doctor of the Future is You” to encourage patients and followers to take appropriate measures to prioritize their overall health and wellbeing. 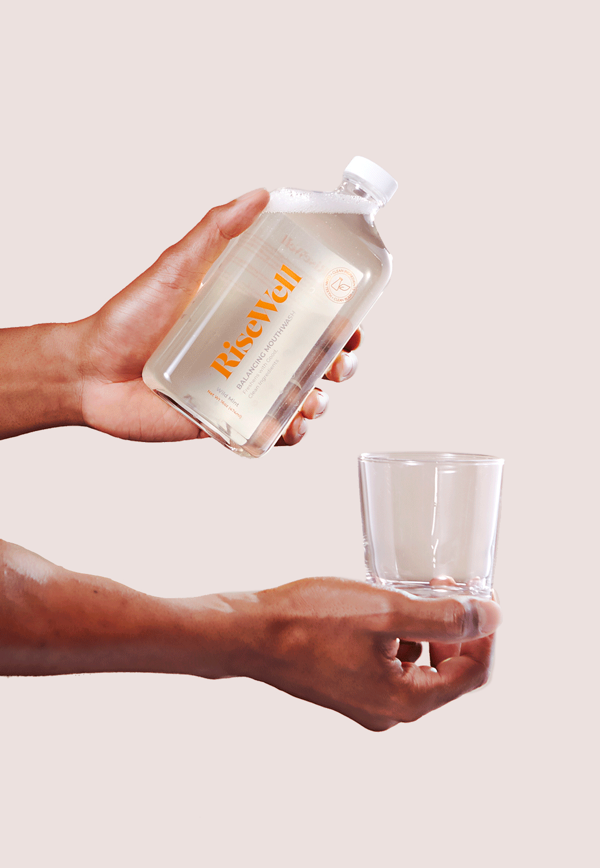 Related Articles
Is Teeth Whitening Right for You?

Cass Nelson-Dooley MS
How to Use Mouthwash

Derek Gatta DMD MS FACP
LIFESTYLE
Q+A: What It Means To Be A Female Entrepreneur